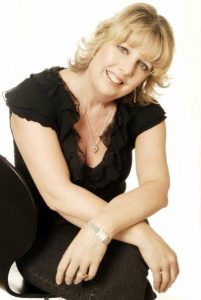 Elaine has been working to support Seasons For Growth since 1999 having been trained by the author of the programme Professor Anne Graham. Elaine’s background is in adult then children’s nursing completing her training at Great Ormond Street Hospital.

Working in acute paediatrics for many years, in the late 1990’s Elaine was drawn to work in the community as a Specialist Community Public Health Nurse in School Nursing to work in preventing admissions, working to support school staff and supporting all children and their families in community settings. In addition to managing a team of School Nurses, Elaine worked alongside the Public Health department in Hillingdon before becoming a lecturer at Brunel University London.

Elaine is currently Programme Lead for the Specialist Community Public Health  Nursing course and Director of Teaching and Learning in Clinical Sciences. Following receipt of a Queens Nurse Award for contributing to the community, including Seasons for Growth, Elaine became a Queens Nurse.

Following 20 years in Secondary Education, latterly as Head of PSHE in a large West London Comprehensive school, Tessa Pike was co ordinator of the successful Healthy Schools programme in Hillingdon from 2003 – 2016. As a member of the Healthy Schools team she was the borough lead for Emotional Wellbeing and taught PSHE in schools. To support the emotional wellbeing aspect of her work with schools, she began working with Elaine Tabony and trained to be a Seasons for Growth trainer, co ordinating a successful and popular programme in Hillingdon. Later, Tessa and Elaine introduced the adult programme, training a number of Companions in Childrens Centres and other organisations.

Tessa has taken on the role of Co ordinator in the new charity and continues to train Companions to implement the programme
in the London area. 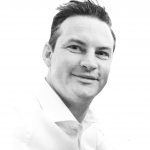 Alastair has been a Trustee since 2016 and manages the Seasons for Growth website. He currently works as a Digital Education Manager, supporting university staff and students to use technology in their teaching and learning.

He has an MSc in Digital Education from the University of Edinburgh and a BSc in Technology Management from Oxford Brookes University.

Melissa has been a trustee for Seasons For Growth since 2019. Melissa is a Professional Actor who has worked in many shows in Europe, the UK and in the West End.

As well as being an Actor she is also a fully qualified Group Exercise Fitness Instructor and at times has turned her hand to Teaching Assisting in Schools.

Our Patron
Peter Scott – Westminster Diocesan Healthcare Advisor
Peter brought Seasons for Growth to England from Australia, his story is in our Information Pack.